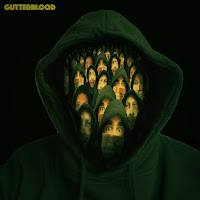 Our self titled debut album was released on C.D in March 2022, with a 12” vinyl version dropping later this year. The recording started as a simple live demo (just before the global pandemic began) but quickly grew arms and legs. It gladly served as a focus for us during the darkest days of lockdown.
Our hatred of greed, corruption and inequality is perfectly illustrated by many of our guests who contributed to the album. We also like to think that there is a message of self empowerment and optimism.
Our belief is that the spirit of D.I.Y should be celebrated and promoted, so we were not afraid to draw on inspiration from many different genres of music and wider society at large.
We wrote this album as a kind of concept, a story and a statement of intent.
We are not sure how to describe it... but we are proud of it!
Order your CD HERE 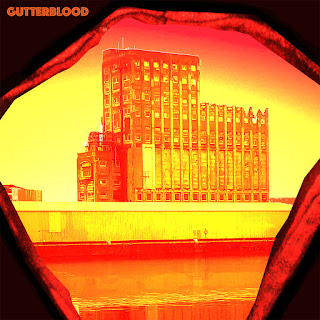 Guvnor B: Former vocalist of The Process and In Decades Decline (vocals on 'Bones, Flesh and Broken Dreams')

Robbie Tatler: Musician and entertainer (keyboards on 'Not Charity')

Produced by Gutterblood and Tommy @16OHM

6) Blues for the Abyssopelagic

gutterblood
Formed in 2019, Gutterblood are a four-piece from Peebles and Leith in Scotland. Fusing elements of blues, indie, doom, punk, politics and prog. It was recorded at 16OHM studios in Glasgow and mastered by John McBain of Monster Magnet and QOTSA fame. The album features spoken, vocal and musical contributions from an array of special guests and will be released on C.D in early 2022. Gutterblood seize the cultural climate of the day, using samples and heavy, groove driven dynamics. An ever shifting and hugely dynamic trio; they’re a rich pedigree of musicians who have plied their trade into such diverse acts as Oi Polloi, In Decades Decline, Mugenkyo Taiko Drummers The Process and Sufferinfuck. Adj (drums) Andy (bass) Bri (guitar) Lukasz (guitar)